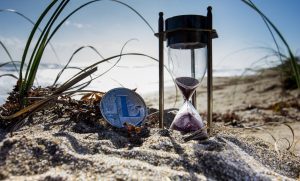 $50,000. $100,000. $1 million. $0. A lot of speculation surrounds future bitcoin prices. To many, the days of all-time-highs are long gone. To many others, the ride is just getting started. While you can’t stake your money on predictions of future prices, you can consider why the price may not go to zero.

Although Bitcoin’s trading volume and 9-year track record makes it easier to do chart analysis, a lot of figures thrown around are rarely if ever, backed by reliable models. There are, however potentially more reliable indications that could increase demand for bitcoin.

CEO of Brave New Coin, Fran Strajnar says bitcoin’s price will reach highs of $200,000 by the year 2020. Adoption rates, while hard to determine with 100% accuracy, do not appear to be dropping anytime soon. More use cases from restaurants, schools, and economies with hyperinflation have sprung up over time. The drive for a cashless society in many economies which aren’t experiencing hyperinflation may also make bitcoin an attractive payment option for individuals in those nations.

A growing number of Bitcoin ATMs spread across 75 countries, more individuals may have a bridge to access bitcoin. Financial regulations, however, remain a concern which could affect the demand for bitcoin in more locations as regulations catch up.

Economist, Dr. Roubini reminds us that bitcoin, since its peak lost almost 85% of its value. The average loss of value of the top 10 cryptocurrencies, excluding bitcoin has been between 92% and 93%. To Dr. Roubini, bitcoin looked like an exponential, parabolic bubble. By the end of 2017, there were millions of people who did not have enough information about finance or portfolio investments. The fear of missing out, rather than core fundamentals could drove prices up.

Bitcoin Miners are Still Around

For many miners, it isn’t over. Bitcoin advocate, Andreas Antonopolous suggests miners have a long-term perspective. Despite lower prices, many are in it for the long-run. Many mining centers don’t depend on grid operators as they have equipment and electricity available for years. This means it’s very unlikely that there will be a death spiral induced by miners.

Even with losses, many miners continue mining. Arjun Balaji, the founder of Shomei Capital, suggests that the fee market, miner incentives, and other factors are usually misunderstood and misrepresented.

The nature of bitcoin is such that there are people in the world who do need it. Their currencies, highly devalued by centralized systems of banking, serve as a crutch on their livelihood. Hyperinflation aside, it has for many others, including international traders, been a quicker way of making transactions with business partners.

Many cycles later and bitcoin is still here. There isn’t much to say for 99% of other virtual assets. Will it last longer? It’s easy to say time will tell but looking at the past 10 years, time has shown a lot. The cycles of boom and bust repeat themselves, yet #REKT is not a reality for the cryptocurrency. Bitcoin’s declining market is not necessarily a reason to lose all faith in what has essentially transcended finance itself. It’s much more than a token. To many, it’s a way of life. To many more, it is life itself. The revolution has only just begun, and that may just be enough to keep the bitcoin dream alive. Amor fati.