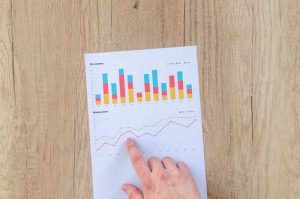 Tron (TRX) cryptocurrency often makes headlines for different reasons. With an outspoken CEO determined to make his cryptocurrency the top 4 in the world, it’s not a surprise that Tron experienced significant trading volumes ($129,388,887 USD) and increasing prices ($0.024972) over the past few months.

While most other CEOs of cryptocurrency entities have shied away from the public eye in favor of technical development of their projects, Justin Sun has made proactive efforts to market Tron to the public. The issue with this however, is that the technical fundamentals of Tron are not completely sound. In December, the cryptocurrency performed relatively poorly in the markets, like other cryptocurrencies. This however, didn’t stop Justin from making decisions which appear to contribute to Tron’s increases in prices.

A Strong Team with Strong Backing

Justin has used several techniques in the past few months to get Tron more attention. This has given Tron an edge over leaders of many leading cryptocurrency projects who appear to take a “build and they will come” approach to their projects. Justin continues to push awareness of Tron across multiple social media platforms. In early 2019, he invited Kobe Bryant to a Tron event.

In the cryptosphere, the team members can make or break a project. Justin’s team includes former employees of notable technology companies. Their experience cuts above those of many other cryptocurrency projects. Many team members are from tech giants such as Alibaba, Tencent and Baidu.

With over 100 million users, Tron seems attractive for investments. It is listed on over 100 exchanges and doesn’t seem to be slowing down in adoption. Users of its blockchain network have increased substantially.

The team behind Tron plan to reduce the cryptocurrency supply, burning 1 billion TRX worth $50 million. At the mainnet launch, TRX will be reduced to 99,000,000,000TRX, and the remaining 33,251,807,524 TRX will be locked until January 1, 2020. Several cryptocurrencies have been burned in the past to reduce supply and increase prices.

The team’s efforts to engage in partnerships and acquisitions have also contributed to its price increase. Its acquisition of BitTorrent while marked by mixed reception coincided with increases in price as TRX holders were promised BitTorrent virtual currencies, leading to an increase in prices.

Challenges of Investing in Tron

While Tron has taken proactive steps in marketing and partnerships, its technical fundamentals are not as clear. There has been an accusation of plagiarism of Filecoin’s whitepaper. This puts into question the technical capabilities as well as ethics of the Tron team.

Additionally, Justin appears to continuously take jabs at the founder of Ethereum with multiple tweets trying to taunt Vitalik Buterin, who rarely responds. It is interesting to note that a review of the Tron prices showed that on several occasions TRX dropped in value approximately 30 minutes after Justin made anti-Ethereum tweets. While this could easily be discounted, it is telling of reputation risks associated with the CEO.

Tron crypto provides an alternative to Ethereum that is more efficient in terms of speed and ease of use. For this reason, it has experienced significant migration to its platform away from Ethereum. As more users migrate to Tron, more use TRX which increases demand and price for it. The unconventional approach of its CEO, however, presents some risks, which if mitigated could prove beneficial for investors.