Bitcoin has surely been one of the greatest ‘newsmakers’ of 21st century. There is hardly anyone with access to any of the internet, tv, radio, or newspaper who has not heard about bitcoin. Bitcoins, which grabbed the attention of many, like Texas hold ’em, is still keeping its head steady, and continues to hit headlines even today. But, the latest news is not something sweet for bitcoin owners and enthusiasts. Not only that UBS chairman has warned against bitcoin frenzy, but also that its prices are stumbling. Speaking to CNBC at the 2018 Annual World Economic Forum meet, UBS Chairman Axel Weber, ridiculed bitcoin and other cryptocurrencies, stating that “this is a speculative investment”. Though he didn’t mention any, there are reasons for him calling bitcoin a ‘speculative investment’. 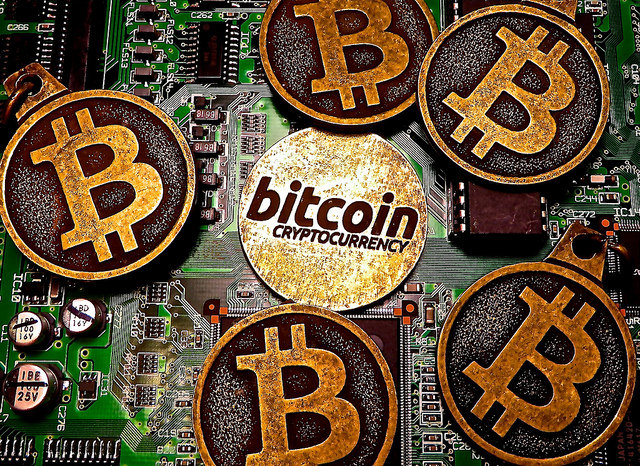 The first reason being the volatility of its prices. 2017 has witnessed the prices of bitcoin skyrocketing from around $1000 in early months and reaching almost $20,000 by the last quarter of the year. Staying true to its character and testifying its volatility, the prices have come down to half within the first month of 2018. The volatility factor becomes much more evident when another fact is considered.  The prices of bitcoin, which started its journey from less than one USD in 2009-10 period, has risen and fallen, way too abruptly, many times, till it has reached the present limit.

The second reason why bitcoin can be called a speculative investment is that the bitcoin is not backed by any security or assets. There is nothing in the world, to whose value, the price of bitcoin can be pegged to. This is reinstated by the words of CNBC’s “Mad Money” host, Jim Cramer, “[Cryptocurrencies] ultimately don’t sync with the value of the thing they actually represent, or tangential equities like an Overstock … or a Square or AMD or Nvidia”. Hence, their value depends merely on the prevailing sentiment in the market. Their prices go up with positive sentiments and comes crashing down with negative sentiments.

Another reason why bitcoin qualifies to be termed a speculative investment option is that, those who are investing in bitcoins, in general, are not looking for an annual income from bitcoins in the form of dividends or interest payments, neither does the bitcoin returns any annual income. What bitcoin investors are looking for is merely an expected future price gain. And this is exactly what speculative investors look for. Backing this view is the US Commodity Futures Trading Commission’s definition of a speculator (in commodity futures) as “A trader who does not hedge, but who trades with the objective of achieving profits through the successful anticipation of price movements.”

There is no doubt whatsoever that both Blacjack and investing require lots of wisdom. Careful investment of time and money in Poker as well as good asset backed shares and securities are always known to return great rewards. But, as against the normal asset backed investments, speculative investments, though extremely profitable at times, are highly risky and are not ideal for ill-informed retail investors. As governments are preparing to regulate crypto currencies, any future investments in bitcoins should be done after giving a careful second thought.